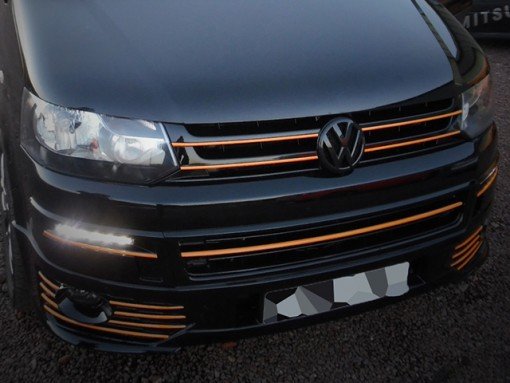 Our customer wanted a great-looking black and orange T5. It had to have under 100,000 miles, and have a full entertainment system for up to 6 children, husband, wife and occasionally another adult passenger, be suitable for holidays and UK/Europe trips to sports competitions. Budget was set to £37,000 which was the cost he’d seen an equivalent van – but this cost covered the exterior look only!

Most black vans have been used for taxis and therefore have a lot more than 100,000 miles on them. With the fully automatic requirements, choices were limited for the base vehicle. SVS sourced a silver T5.0 which had only briefly been used as a taxi, with full Volkswagen service history, Caravelle and electric packs, to use for the base vehicle. 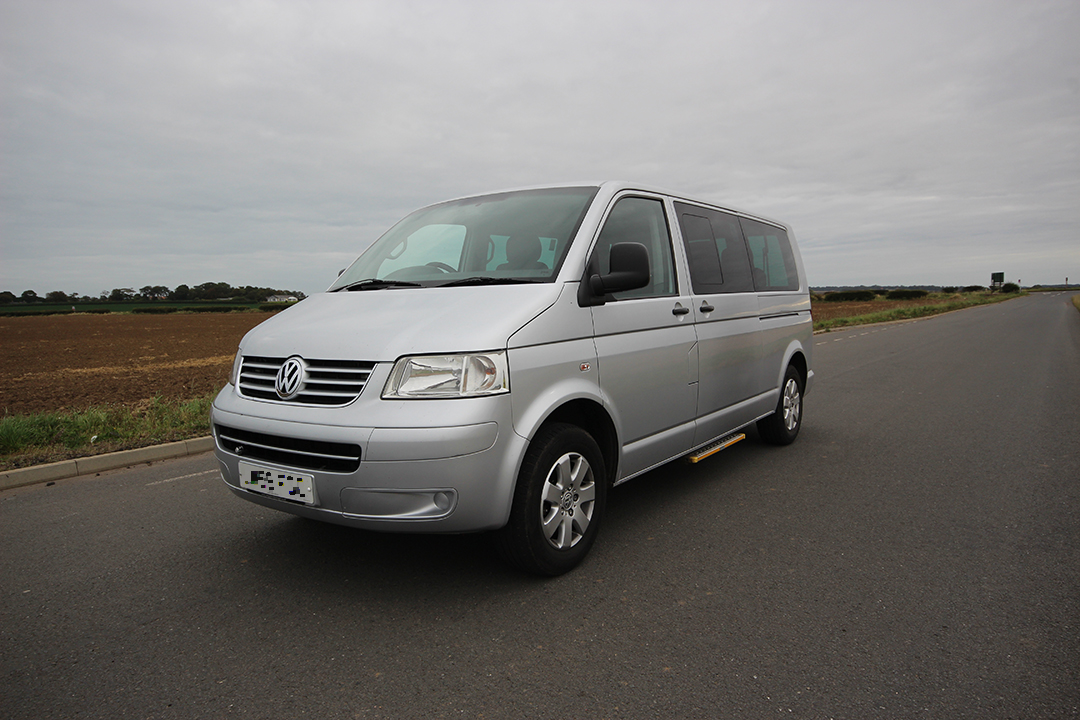 The first step was to work with the client to establish the primary requirements for the vehicle – the immovable requirements that had to be met within the budget.

The children had to be able to listen to seperate audio from the adults. The car needed SatNav, an XBox one, headphones for all 6 seats with individual mixes, and a television system, together with steering wheel control. The install had to be discreet, and a full recover of the seats was required.

The vehicle was to be high-performance, and safety was a priority for the children. A brake upgrade was therefore essential, all seats had to conform to British safety standards, and excellent lighting both inside and outside was a necessity. A leisure battery to allow the driver to watch football while the kids were at events, or the kids to use the entertainment on camping trips was a must, with at least 30 hours life and a split charging system to protect the vehicle battery. 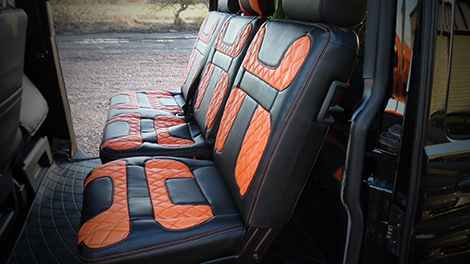 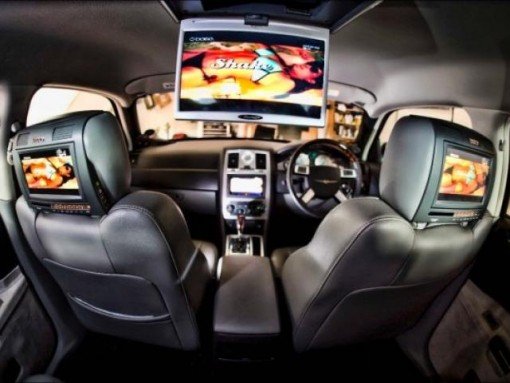 Built from a silver DSG auto 2009 VW Transporter T5, selected to satisfy the customers’ requirements – low mileage, auto gearbox, good service history and electric windows. The vehicle originally featured an electric step which was removed, as were a lot of the additional parts – we sell these on behalf of the customer and the cost is taken off the project costs. The vehicle was given a clean, an examination and a full pro service including all fluids changed, magnetic sump plug fitted, back brakes rebuilt and all common issues safety-checked. Any upcoming service items are performed before work commences.

We facelifted the vehicle to a T5.1.

We started by removing the entire front including the crash panels. This involved supporting the original front radiators, so that the upper & lower crossmembers could be replaced with T5.1 version.

We also carried out power mirror conversion to new-style mirrors.

To convert the vehicle to black, a full respray was required – including the inside of all the doors & shuts.

We started by stripping the vehicle down and dealing with any high spots, creases and flaws in the paint work – even from the factory some of the work was not up to our standards and the end result had to be stunning.

All the doors, interior panelling and fitments were removed, a custom paint colour was selected for the highlights, wheel inners and brakes, and painting started on the vehicle.

While the respray was in process, we designed the full interior system for the client.

The system was designed with a touchscreen front head unit, offering DAB & standard radio, CD & DVD playback, bluetooth audio, phone & playback of MP3s from SD card. A DVD (with audio only in the front) could be played from the front giving the adults control of the childrens entertainment.

Audio from the front system was sent to a driver-controlled switch which allocated video & audio from either the XBox One, the front system, or the large 19″ TV installed in the centre of the van ceiling.

The audio from this system was then sent to the rear speakers, which could be muted, and a headphone amplifier/mixer. In the rear 3 seats, headrest TV/DVD players were installed.

In this way, the children could play together over 3 TVs on XBox, watch 3 different DVDs, or listen/watch to the front system. They could listen to different audio from the front, and the rear audio could be muted, allowing each child to listen to headphones from a jack located under their seat, where they could choose to listen to their own TV, somebody elses, or the main audio choice. Each child’s underseat area had storage for DVDs, SD cards, and games, LED lighting to allow them to find their USB charging sockets and headphone sockets, and individual volume controls. 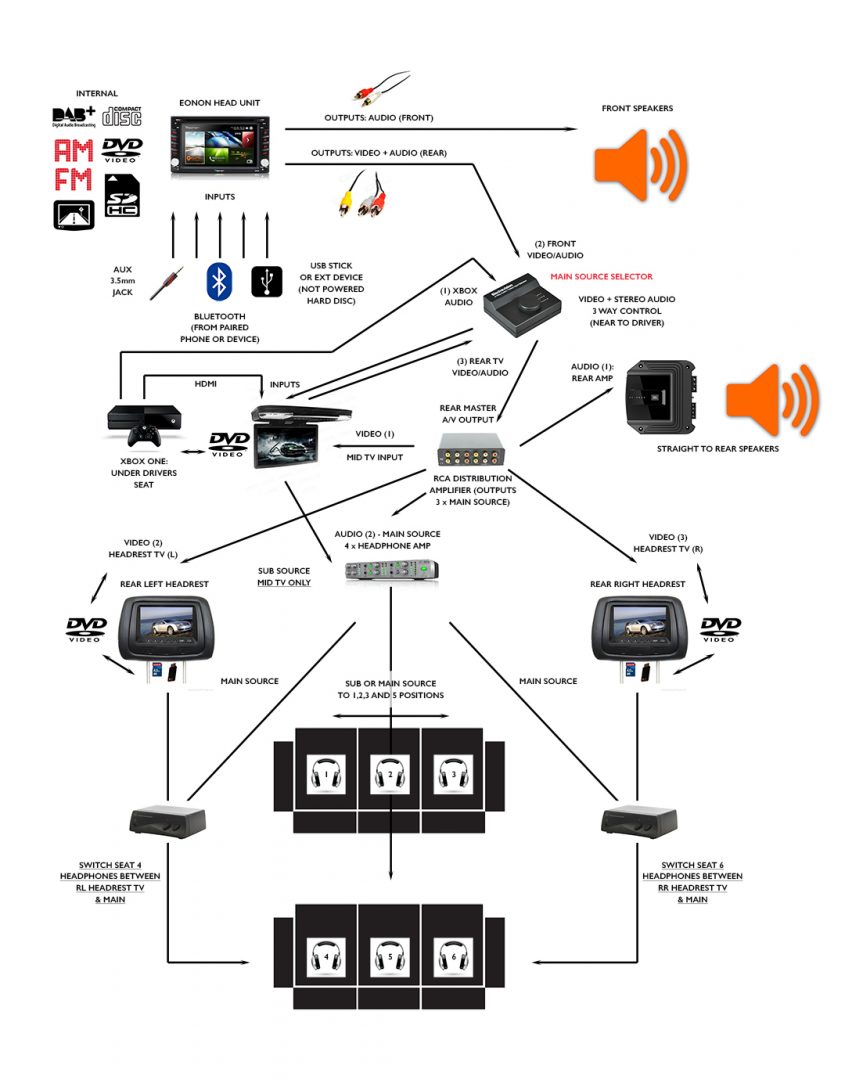 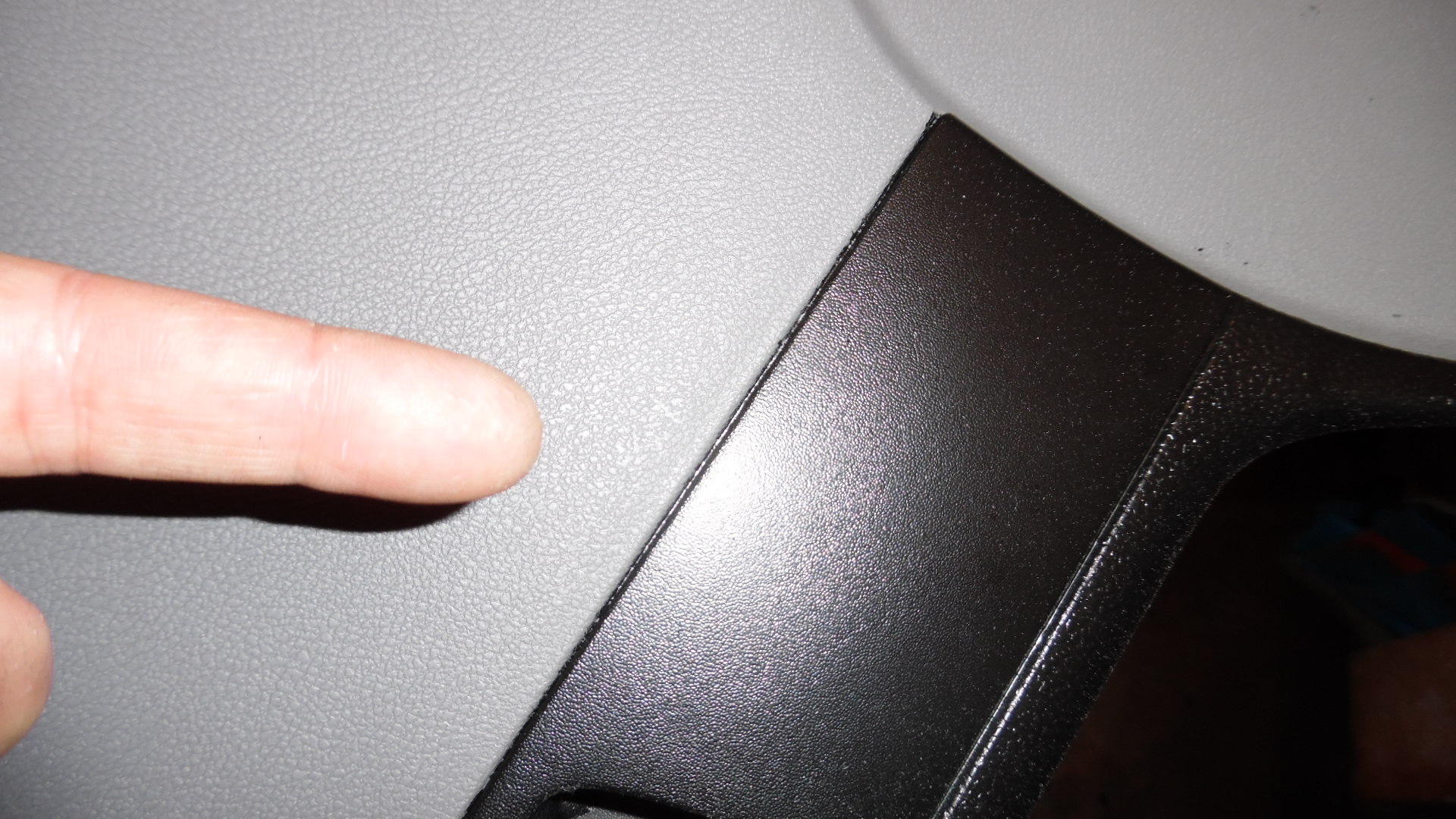 Trim from light grey to Black!

Once we had finished spraying the vehicle, it was time to rebuild. The interior door cards were all repainted in black, as was the headlining & all fabric parts. A JBL amp was fitted under the mid seats, and shock-mounted installs for the XBox One, headphone amplifier, 240v power unit, leisure batteries and associated connectors were made. The resulting assembly was fully fused, mounted in a custom MDF enclosure and fitted under the seats with illuminated kill switches and power indicators, together with a cooling system temperature-activated.

The front speakers were replaced with Pioneer speakers, and new speakers were fitted on contacts to the sliding doors, and hardwired into the rear panels for stereo sound throughout the vehicle.

The television was installed and the interior of the vehicle assembled with new foglight switch, head unit and soundproofing to all interior cavities. Finally, the audio install was carpeted off and LEDs, headphone & USB jacks fitted to the underseat for each of the 6 passengers, before the seats were recovered in orange and black.

As we installed the interior, the rebuild of the exterior was completed.

An SVS Big Brake Kit colour coded orange was installed to the front brakes; the rears were rebuilt and the system balanced.

The bumper, grilles, mirrors and rear spoiler had the orange custom colour applied in coach line style, but using 3d moulded trim for a higher quality finish. This orange was also painted to the interior of the Cades Bern 20″ wheel rims. We then fitted a low-profile tyre that still retained enough tyrewall for a comfortable ride and to protect the wheels.

The vehicle had been lowered 65mm already and so we performed laser alignment to the wheels, following which the arch liners were sprayed fresh black and the system reassembled with the mirrors, aerials, rear spoiler, WiFi Aerial, bonnet and rear smoked LED foglights to complete the look.

We gave the vehicle an MOT check, and applied a performance mod to the ECU for a little extra grunt.

The customer came up for a weekend in East Lothian with his family to examine the vehicle, test drive and make any final checks, after which he and his family drove back to London in style, comfort and most of all, peace and quiet in the front! 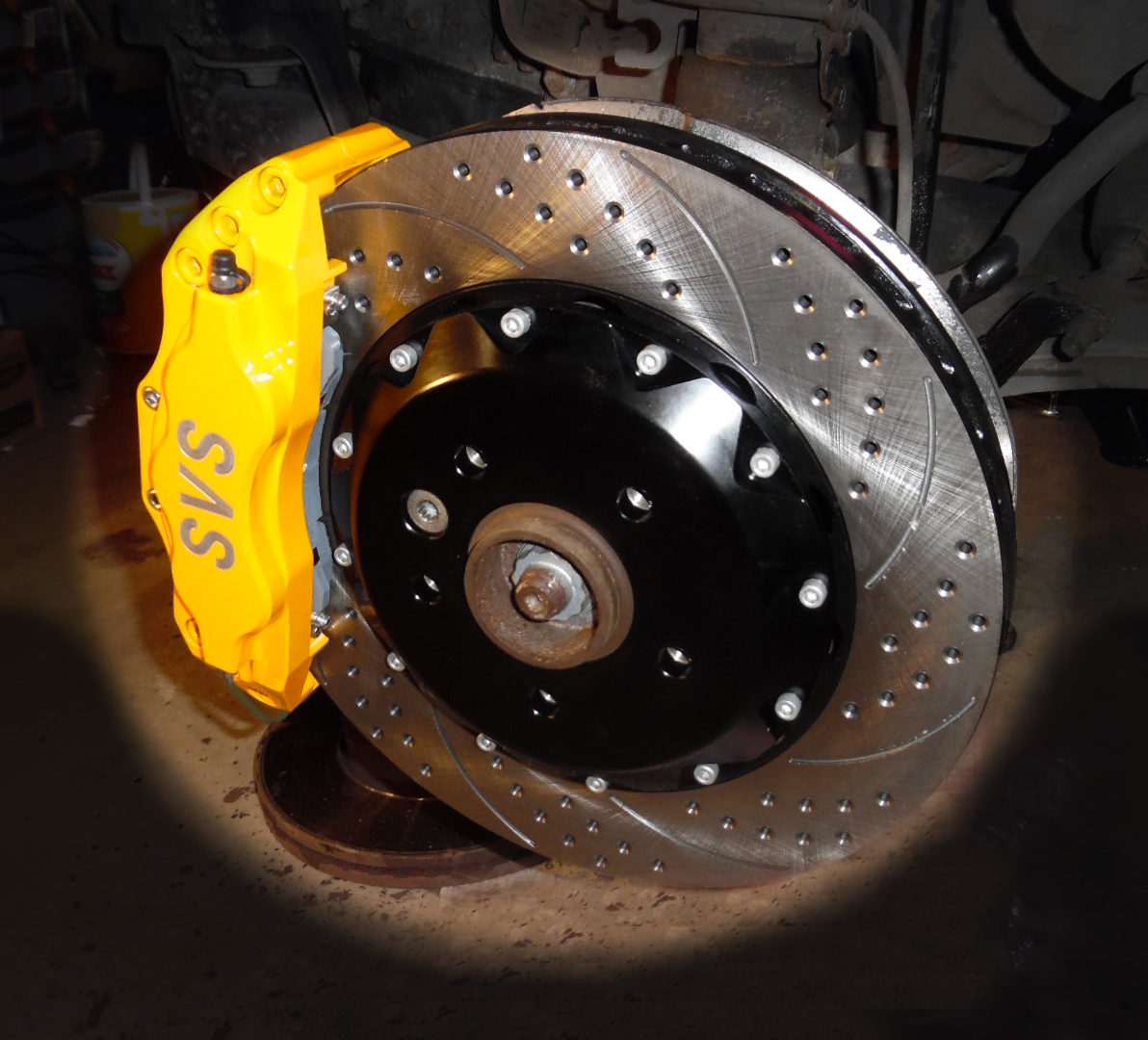 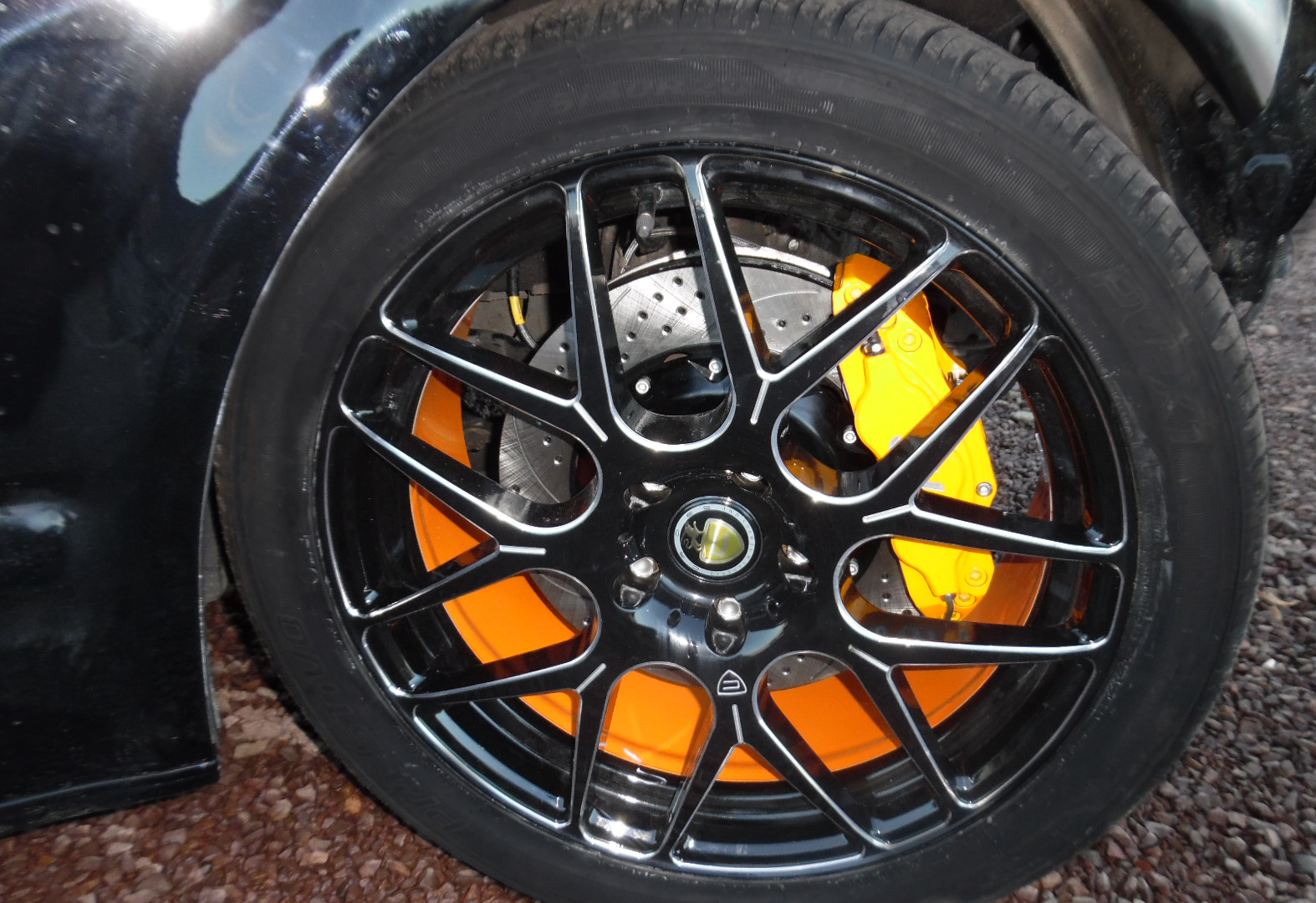 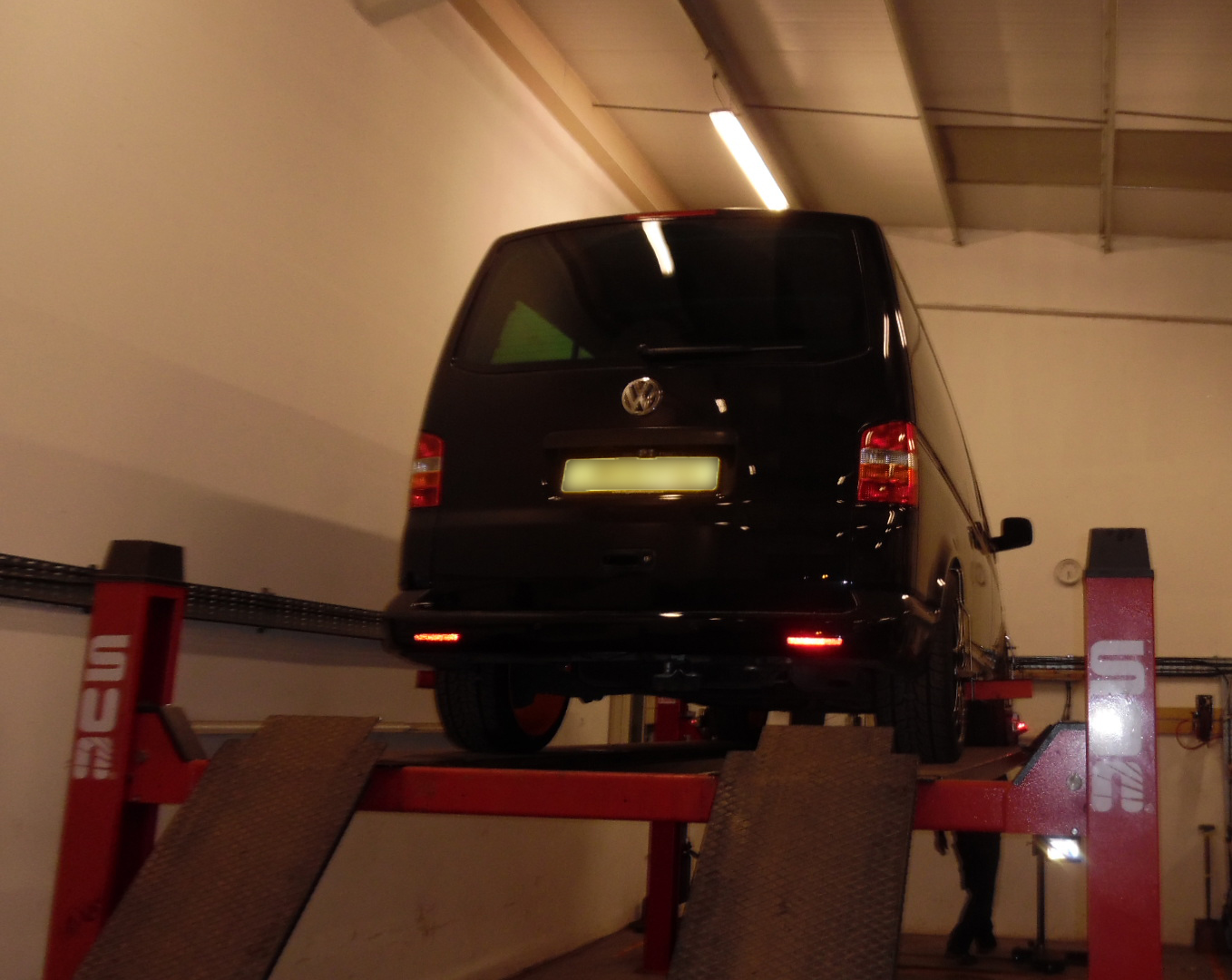 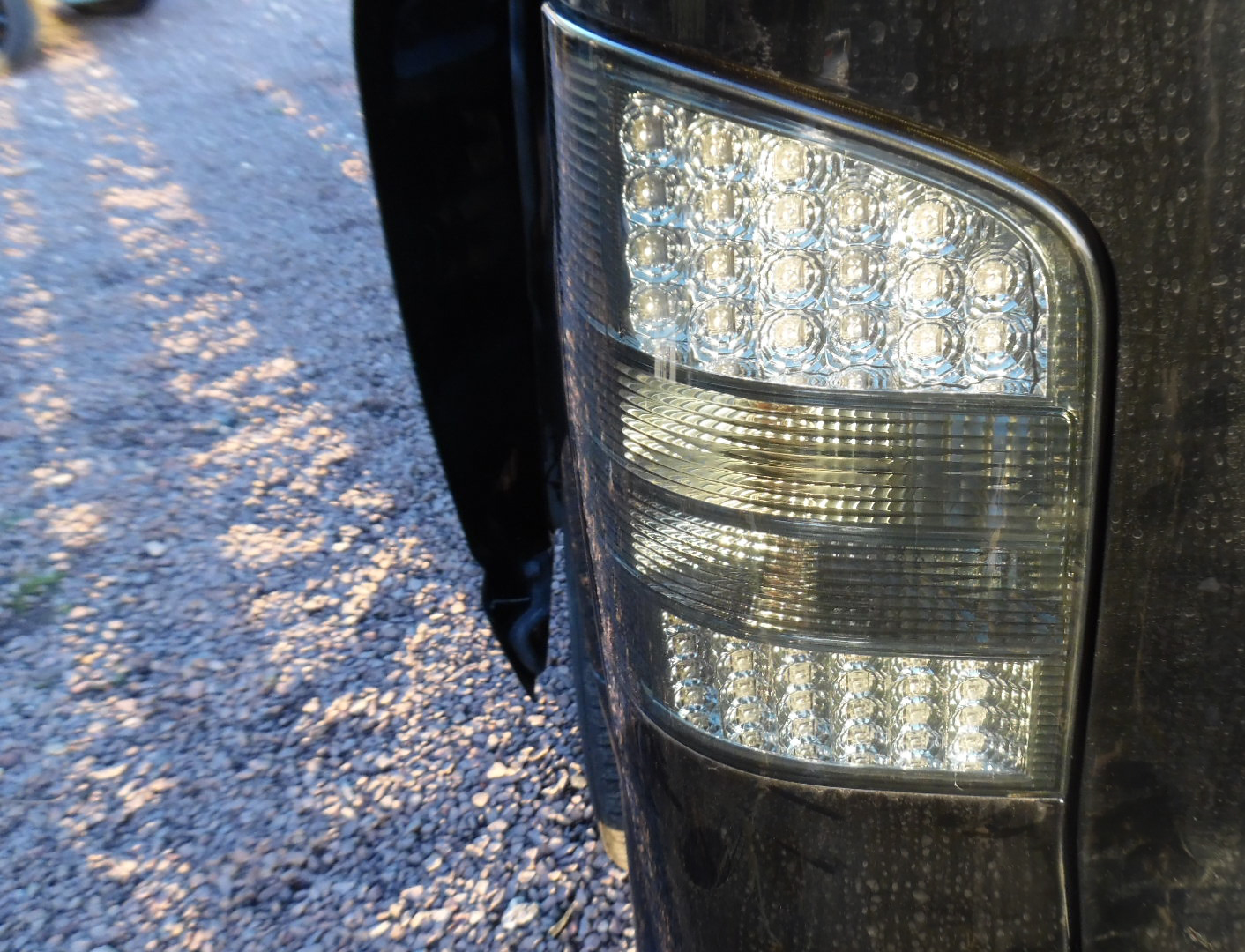 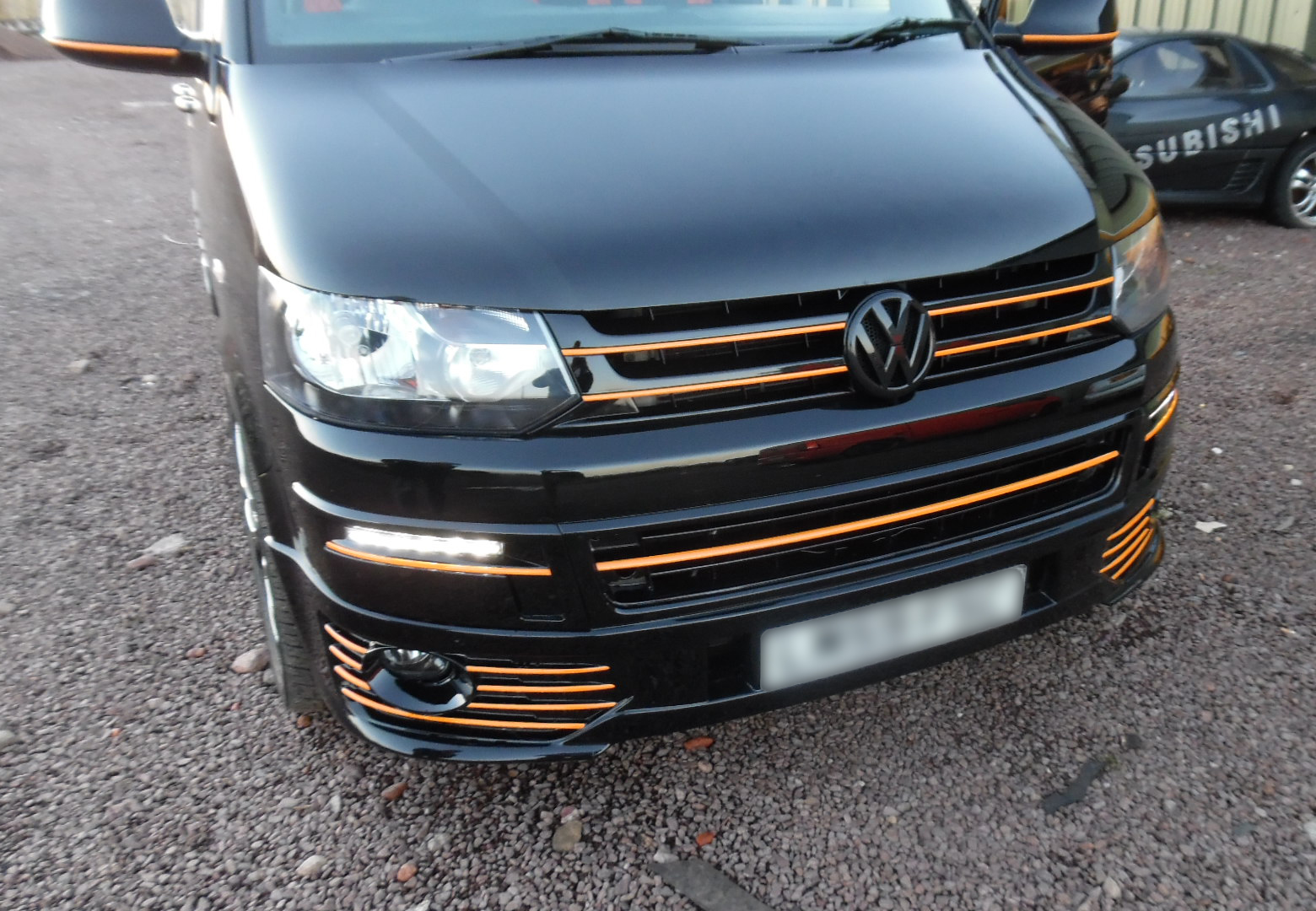 Ready to Drive Away!

This vehicle featured many more additions we didn’t have space to show here: rear view cameras, sports remap, soundproofing, cruise control, climate control, wifi, underseat storage, etc. If you’ve been looking for a custom vehicle of any type and would like to know more, please get in contact with us to discuss your requirements.